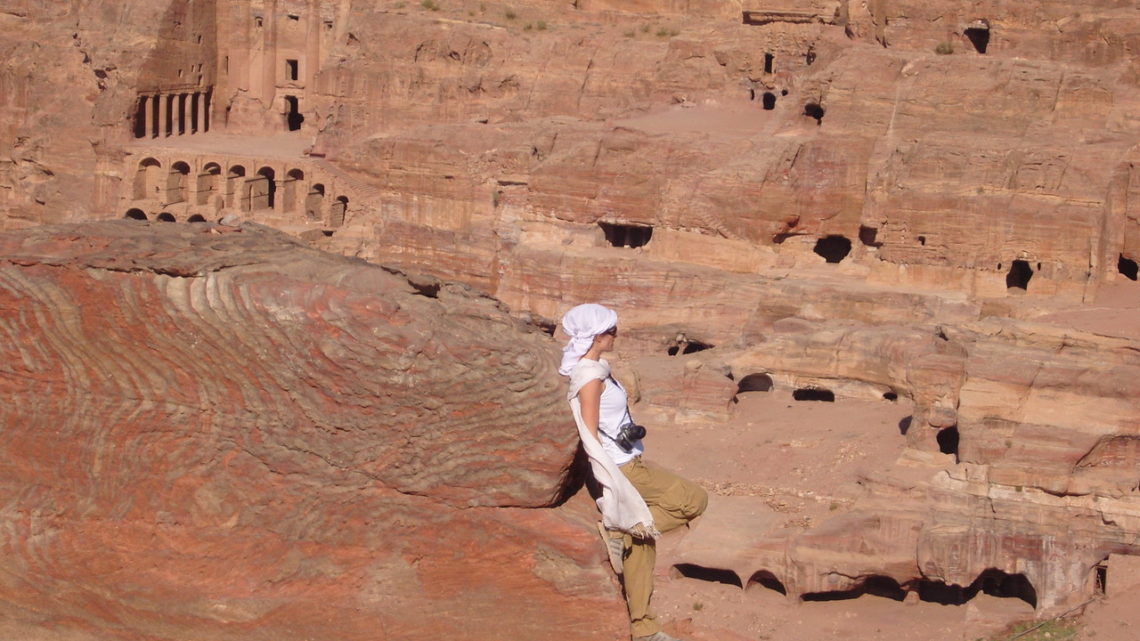 Jordan, was the second stop in one of my “round the world trips” while single.
Petra was a destination I had for years in my bucket list and didn’t disappointed me. Every where you look you could see magnificent carvings in the pink sandstone. That is why is called the “Rose-red city”.

This famous archaeological site in Jordan, dates from 300 B C. “One of the seven wonders of the world”. The city Of Petra was the capital of the Nabatean Arabs. By the middle of the 7th century Petra appears to have been largely deserted and lost to all except for the Bedouin.

In 1812 a Swiss explorer ( J. Burckhardt) rediscovered Petra, dressed as an Arab convinced the Bedouin to take him to the lost city. After this, Petra became increasingly known in the West.

The Bedouins were my host as well and showed me the beauties of their land.  How amazing was to sleep in the desert, in tents in the middle of Wadi Rum!! ( I grew up watching movies of Lawrence of Arabia, so you can imagine… )

Wadi Rum, is also known as “The Valley of the Moon”, is a valley cut into the sand stones and granite Rock.

Bedouins people took me to climb some of the rocks and mountains they climbed for generations… Many of their “Bedouin roads” have been discovered and documented by modern climbers.

I wish one day to come back with my kids.