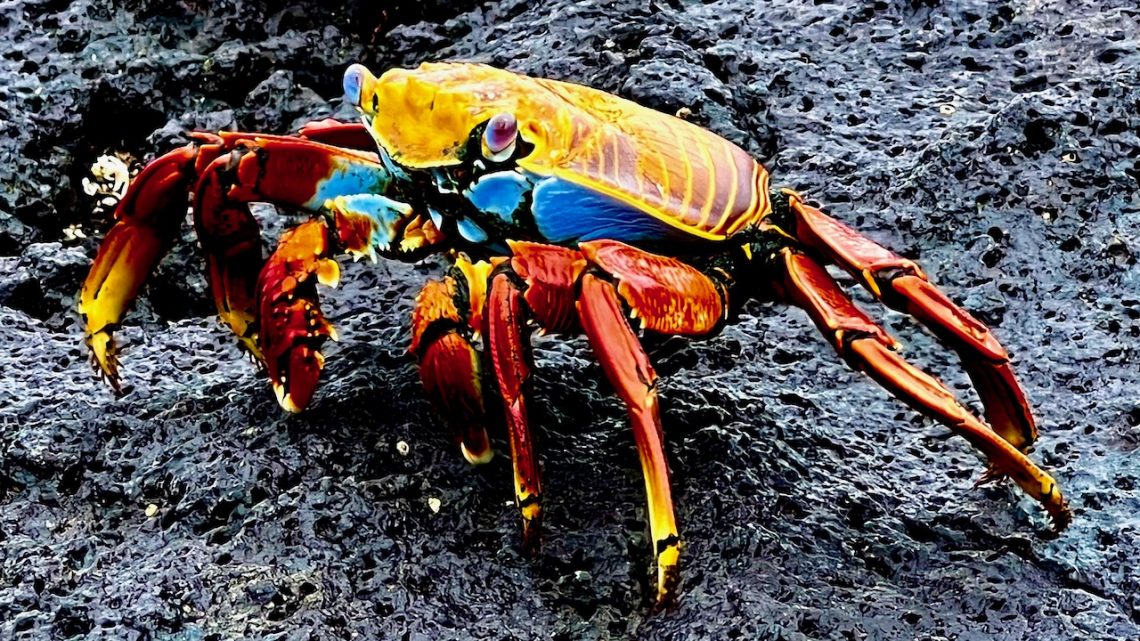 Finally I made it to “The Enchanted Islands” the. Two years wait was worth while.

Each of the 13 Galapagos Islands are so amazingly unique, they have one of the strangest biodiversity of plants and animals in the world. Probably because Galapagos sits in one of the most volcanic regions on Earth.

These Island were discovered by a Spaniard named Tomas de Berlanga, when his boat in 1535 was carried off by strong currents. Called them “Encantadas” “The enchanted”.

It wasn’t until 1832 that Ecuador officially took possession of the Islands. These isolated place in the Pacific Ocean was born from the elements > fire, wind and waves and never populated by humans until its discovery.

Is mostly impossible to describe the magic of Galápagos Islands but I would explain my magical journey through these Islands teem with life.

Española, was the first Island formed more than 3 million years ago. All island are volcanic in nature. The largest island out of the 13th islands is Isabella, formed by 5 volcanos that merged together. Here we are walking through La Pinta Island, with amazing views and even encountering a red footed Bobbie on our way to one of the most amazing sights of endemic plants called “red carpet” by locals.

My favorite Islands no doubt are: “Fernandina, Floreana and Pinta”, where I had the opportunity to swim with the Marine iguanas and enjoy the magnificent beaches of green brownish sand colored sand by the peridot and olivine precious gems. Beaches in Galapagos go from green, red, to white and Rocks like in Genovesas Island, made up of large sharp rocks that can slice through the soles of your shoes.

Here a magnificent shot of a Marine Iguana, unique in the world, the only iguanas that dive into water to feed them selfs. Before diving they soak as much heat as possible as they loose an average of 10 degrees of heat in the cold water. You see them mainly all pilled up together in rocks looking almost like an iron sculpture.

One of the most amazing endemic Plants are the Lava Cactus, one of the first species to grow in the new lava flows.

Galapagos has also the only penguin in the world that lives above the equator, they are the smallest penguins in the world. The Humboldt current brought them here long ago… Humboldt is a cool deep water current, that collides with the warm water Panama current, but brings massive nutrients. These unique penguins dive up to 50 meters!

The samples Darwin collected on the Beagle Expedition, and his observations contributed significantly in how people saw the world. His contribution to science and “the natural selection” theory formulated after his trip to Galapagos was posible because most of plants and animals evolved here in isolation, and made posible a special adaptation. Changes happened to help survive the specie adapting to the particular environment. His great contribution to science will be always remembered.

The future of The Galapagos:

This voyage was sponsored by my foundation MY PLANET FIRST ( A climate awareness foundation) who seeks changes trough educational Programs.

We traveled in collaboration with National Geographic, Endeavour II and it’s photographers
(who took many of these amazing pictures).

Our boat Endeavour II navigated with a large group of scientist from the The Royal Academy of Doctors. We had a clear goal: to write a manifesto to be handed to United Nations to take action not only for one of the most vulnerable ecosystems but demands on new regulations to protect international waters, regulate the use of fishing, plastics, the abuse of some human activities and legislate to save our home and its habitants: plants and animals who are vanishing for ever from this planet. It is up to us to work together to protect our only home.

I want you to be also a “My Planet First” ambassador!